Price of Security: a new book based on the SECONOMICS experience 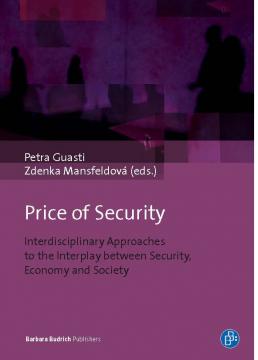 This book is based on the SECONOMICS project, and its focus is the definition and perception of risk and security in different settings, within the nexus of security, economy and society. This research focuses on the values and price of security in terms of financial cost as well as the sometime hidden costs such as limitation of freedom and privacy. This volume highlights that the balance of security and freedom is the crucial task of contemporary governments; the role of critical media as a platform for public political discourse and as a guardian of freedoms is gaining considerable importance.

The book is a theory-driven interdisciplinary exploration of empirical findings from diverse fields, whose aim is to compare media debates on three security issues (3D body scanners, Stuxnet and CCTV) in 20 major daily newspapers of 10 countries over a period of 40 months (from January 2010 to April 2013) with macro and survey data provided by the SECONOMICS partners. By applying and advancing the methods, we are able to fill the gap in the study of security and security risks by presenting a comparison of the unique data (media, survey, macro data) of transnational security issues in three areas of critical infrastructure (air transport, public transport and critical national infrastructures in form of energy provision networks).

This project has received funding from the European Union’s Seventh Framework Programme for research, technological development and demonstration under grant agreement no 285223